On the 8th of October 2018, the first lecture of this years symposium committee was held. We are very happy with the result and we hope that everyone who attended had a great night.

The lecture, with the theme of competition law, was started off by Hugo Keizer. Mr. Keizer is a field officer of the EU commission. He explained the main rules and structures that exist within the competition law spectrum, which gave a great insight into the rest of the lecture.

Secondly, Anne-Be Theeuwen and Lara Elzas of the Authority for Consumers and Market (ACM in short) explained what function the ACM holds as controlling authority within the Dutch competition law scene. They furthermore explained what a normal week at the ACM looks like for an enforcement official there. They also told a few stories about how an average dawn raid works, and how the company’s lawyers always have to extremely rush to get there.

The last group of speakers who attended the lecture was Pieter Huizing and Iradj Nazaryar. Both men are working as lawyers at Allen and Overy. They explained their role in the competition law process. They specifically spoke about getting an approval of mergers and acquisitions from the controlling authorities, and how this can have an effect on the merger deal.

All in all, we found the lecture to be very informative. The speakers gave a great insight into their work and competition law as a whole. We hope everyone who was involved had a great evening and learned something about competition law. And we hope to see everyone at our next lecture! 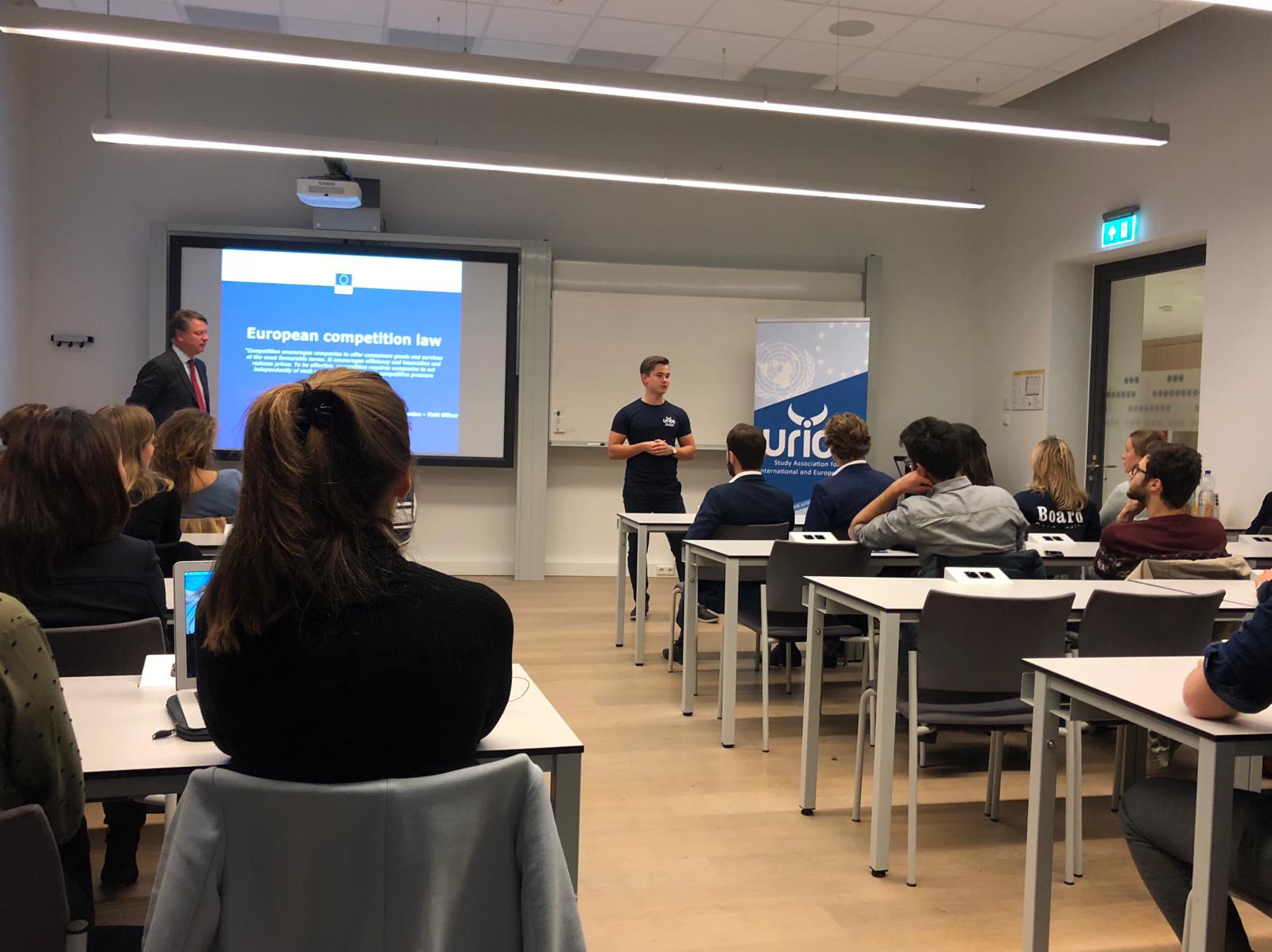