It’s five years now since I was on my Erasmus in Utrecht, so when an email arrived one Sunday afternoon that I had been accepted to go on the Urios trip to Georgia and Armenia, I instantly knew that someone had played an incredible practical joke.

Little did my friend know that I would actually decide to go on the trip, he initially kept quiet, perhaps worrying I would invoice him the trip’s cost. He can rest easy though and know I owe him a pint, as it turned out to be one the best trips I’ve ever been on.

With a packed agenda, the first day saw us visiting the Dutch Embassy in Tbilisi, and meeting law students from Tbilisi University. As the only Brit on the trip, conversation of course turned to the eternal question of Brexit, and what one earth is going on back home. Alas, I had no answers, but thankfully we did learn a great deal about Georgian culture, and how Georgians view their own country and place in the world. On the matter of culture, a key component seemed to be the long running debate about whether Georgian or Armenian wine is superior. The only way to decide the winner was of course for us to sample both in copious amounts, with a great wine tasting event in Tbilisi as part of the city tour.

After two days in the capital it was off to Gori for the first step towards seeing some of Georgia’s beautiful scenery. With landscapes that mixed flat plains, with snow-capped mountains and rugged terrain, it formed a stunning backdrop for a monastery and church. Following the visit to the monastery it was back to sampling more wine and Georgian cuisine, all while taking in the amazing views, before popping by the birthplace of Joseph Stalin to round off the day.

With the days flying by, it was time to switch countries and head over to Yerevan – the capital of Armenia, a country of equal intrigue and allure. Turning up after a long journey, we were initially a little suspicious of the accommodation, with many of the buildings in the area being distinct ‘Soviet style’ – polite wording for ‘completely falling apart’.

To complement the more light-hearted parts of the trip, the visit to the Armenian Genocide Museum was a sobering experience and taught us all about a part of history often overlooked within our own education. Arriving on what appeared to be a day of national celebration, the memorial had an almost contradictory carnival feel, with flowers being laid in chaotic fashion, despite the otherwise serene and poignant feel to the memorial. The same evening saw a change in theme, as we went off to the Armenian Ballet, which aside from being absurdly cheap versus tickets to the West End in London, was also surprisingly entertaining!

After two capital cities, we then rounded off the trip with a trip to Kazbegi, perhaps one of the most underrated off the beaten track places to visit. Despite a bus journey there in which I expanded my Dutch vocabulary to include the word kotsen, the views on arrival were more than worth it! With a cow parked outside our hostel, this was definitely a rural experience.

With a church spotted high up in the mountains opposite our hostel, a hike was soon planned by those with faintest sense of direction and hiking experience, and we headed up to sample the view from the top. Although precarious in spots, the level of danger in hiking there was nothing compared to taking the car on the way down. It is safe to say the Kazbegi has not been in receipt of EU redevelopment grants, and adopts a significantly more liberal approach towards health and safety. At one point, I may have even let out a scream as we slipped back towards the edge, struggling to gain traction along the mountainside.

On the final day, it was off for more stunning scenery, heading to the Georgian-Russian border to visit some monasteries, again located amid of a backdrop of the most mesmerising vistas. Saving perhaps the best for last however, we then hiked through more jaw-dropping areas to visit a waterfall that overlooked a valley of snow-capped mountains, glistening in the afternoon sun.

After all this, it was time for one last meal, in which everyone thought I was ordering for the table, but was instead just making full use of the criminally low prices to order half the menu for myself. It certainly has been a shock to return to the UK and not have bottles of wine in a restaurant for £4.

To round off the trip, it was back to Tbilisi Airport to get an airport café to show part one of what was meant to be Ajax’s finest hour….alas if only we knew what was to come in the second leg – it might even have meant an exciting Champions League final.

The 10 days were a wonderful experience, both for meeting new friends and visiting distinct and culturally fascinating places. It leaves me only to recommend anyone to sign your friends up for the next Urios trip! 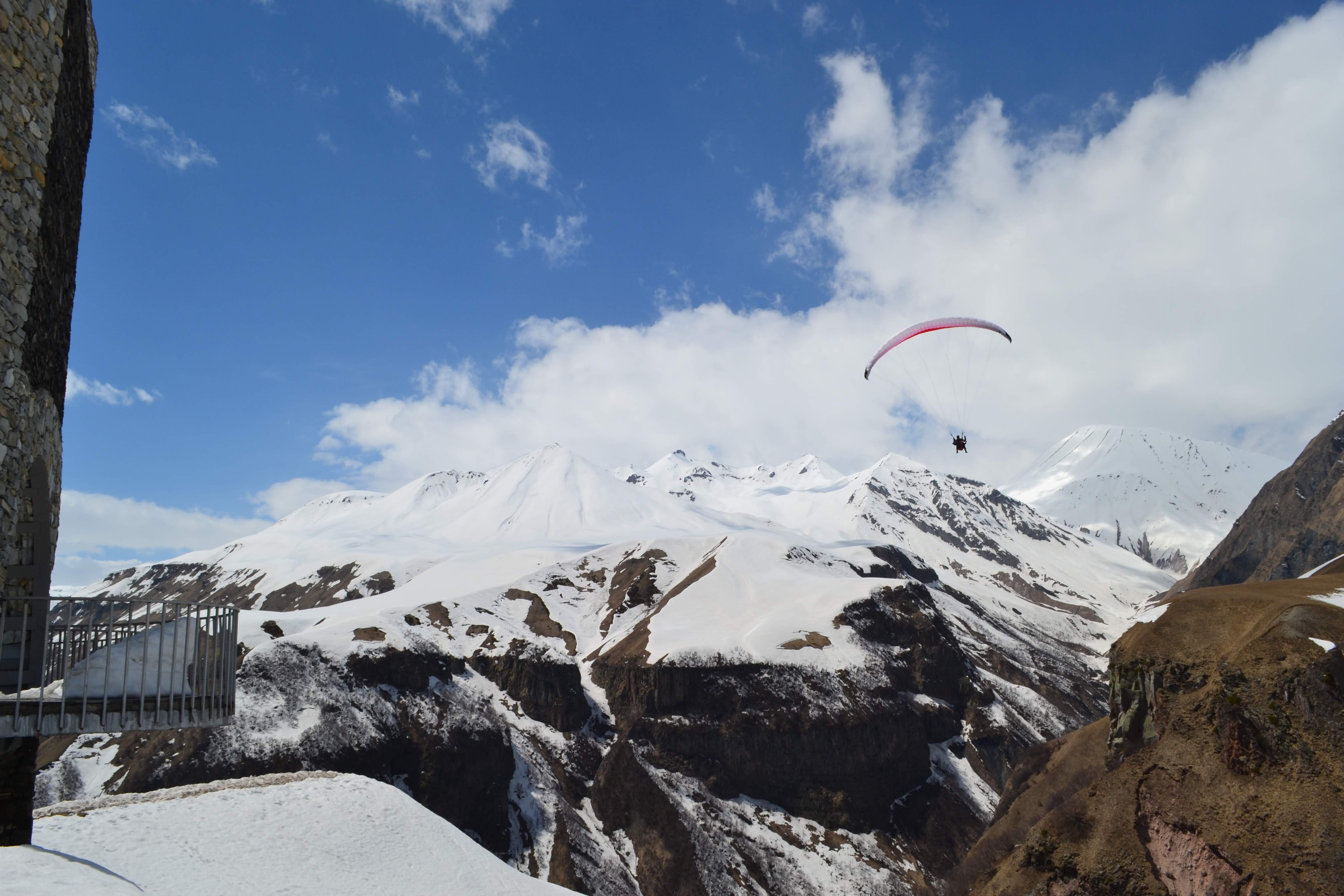 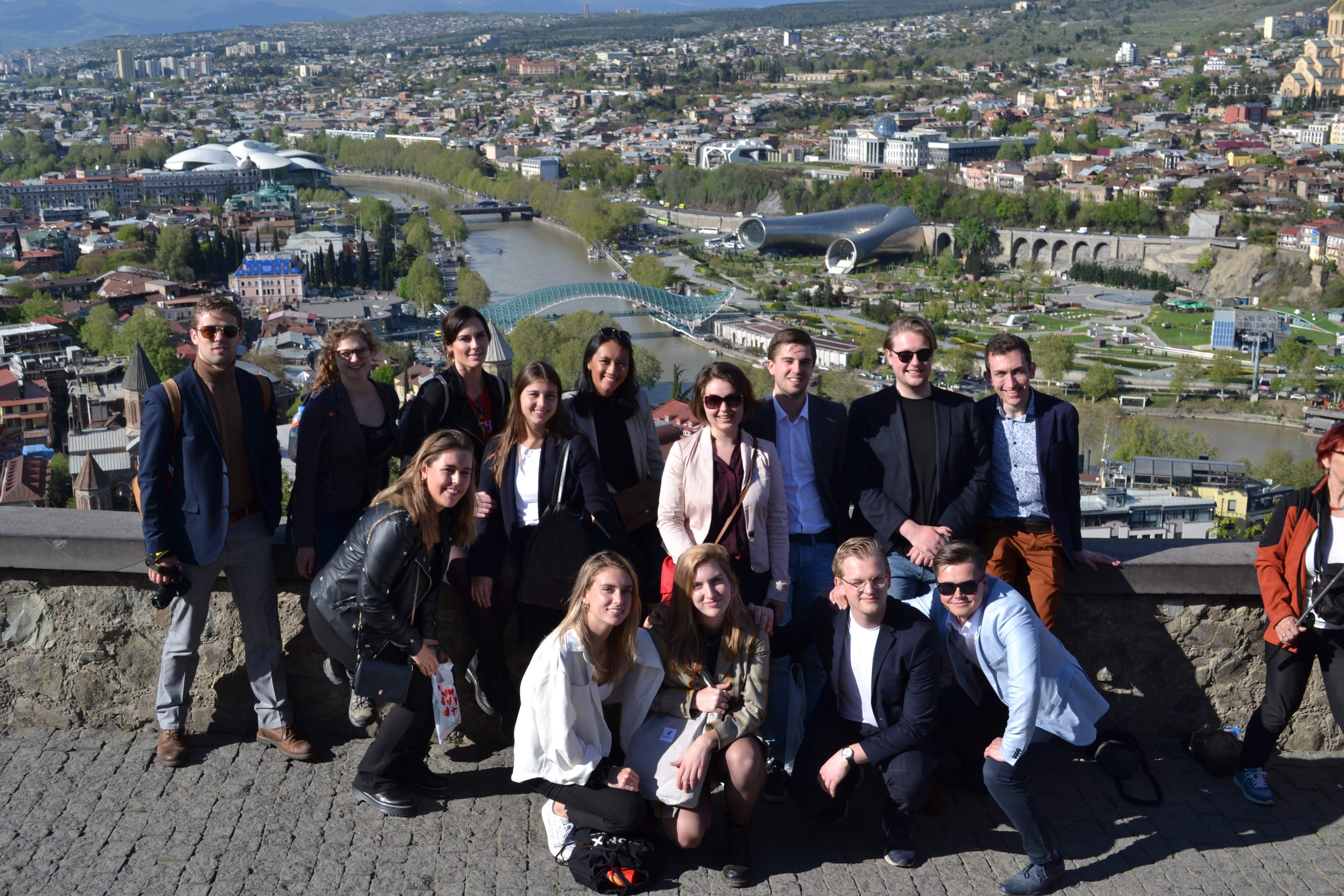 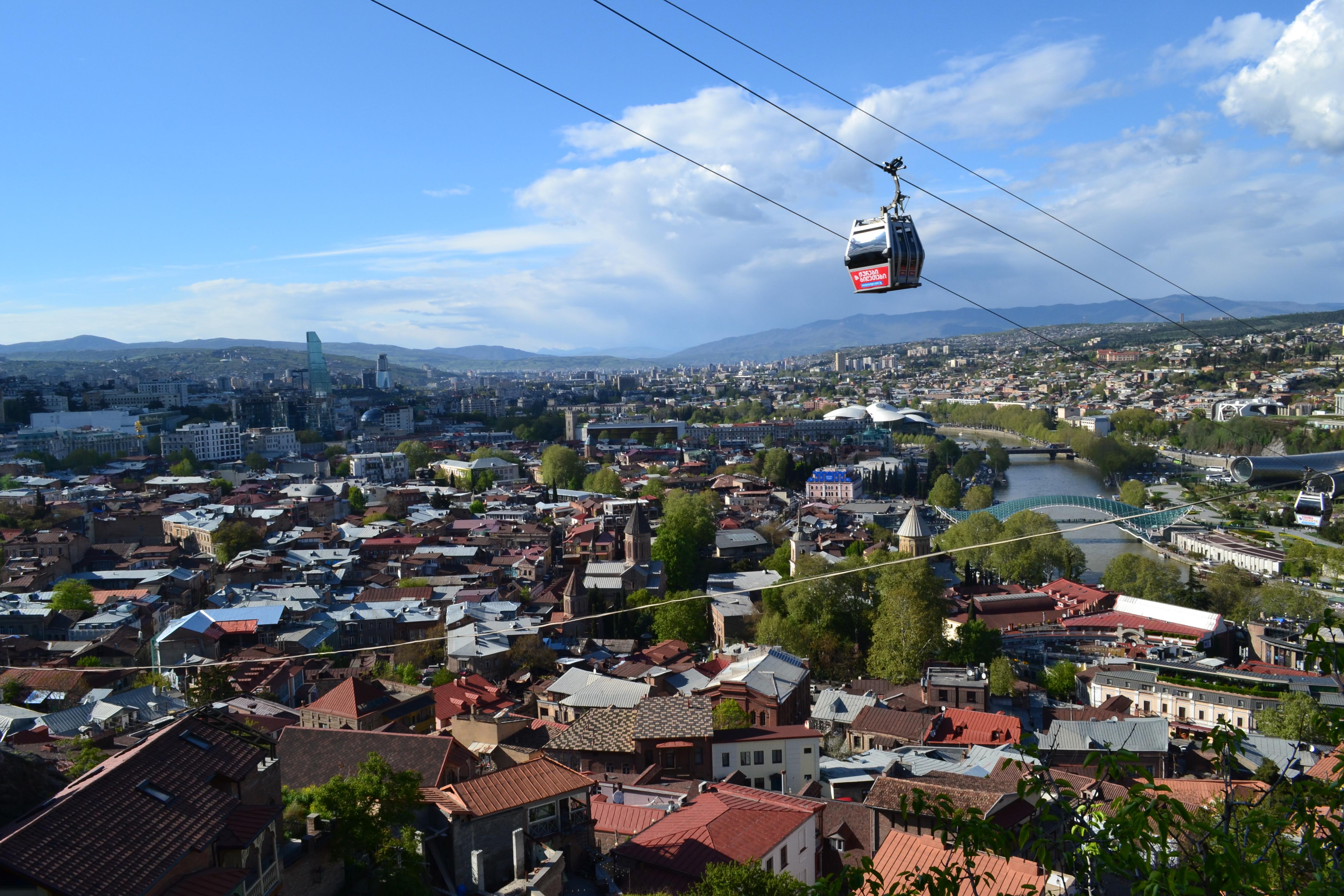 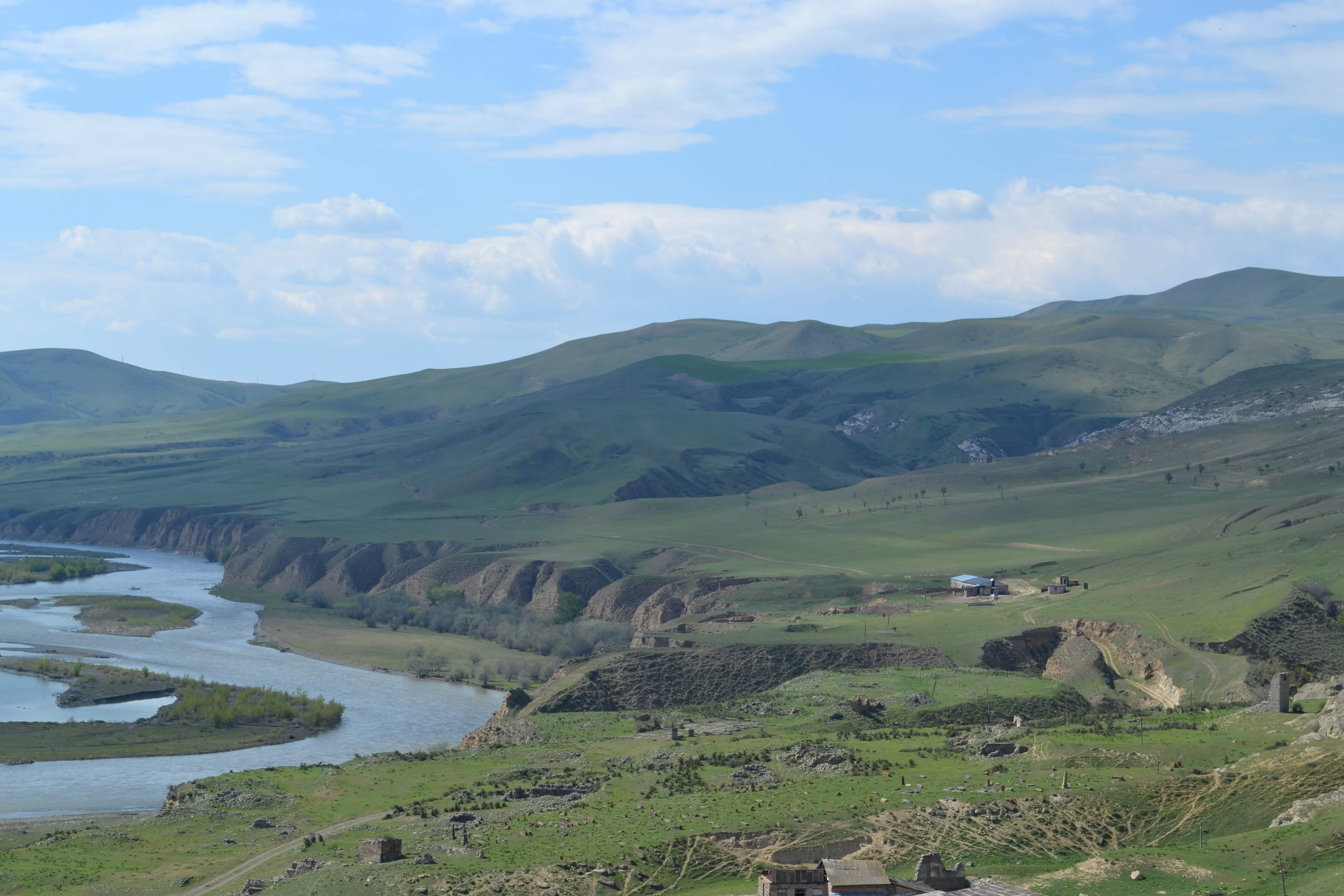 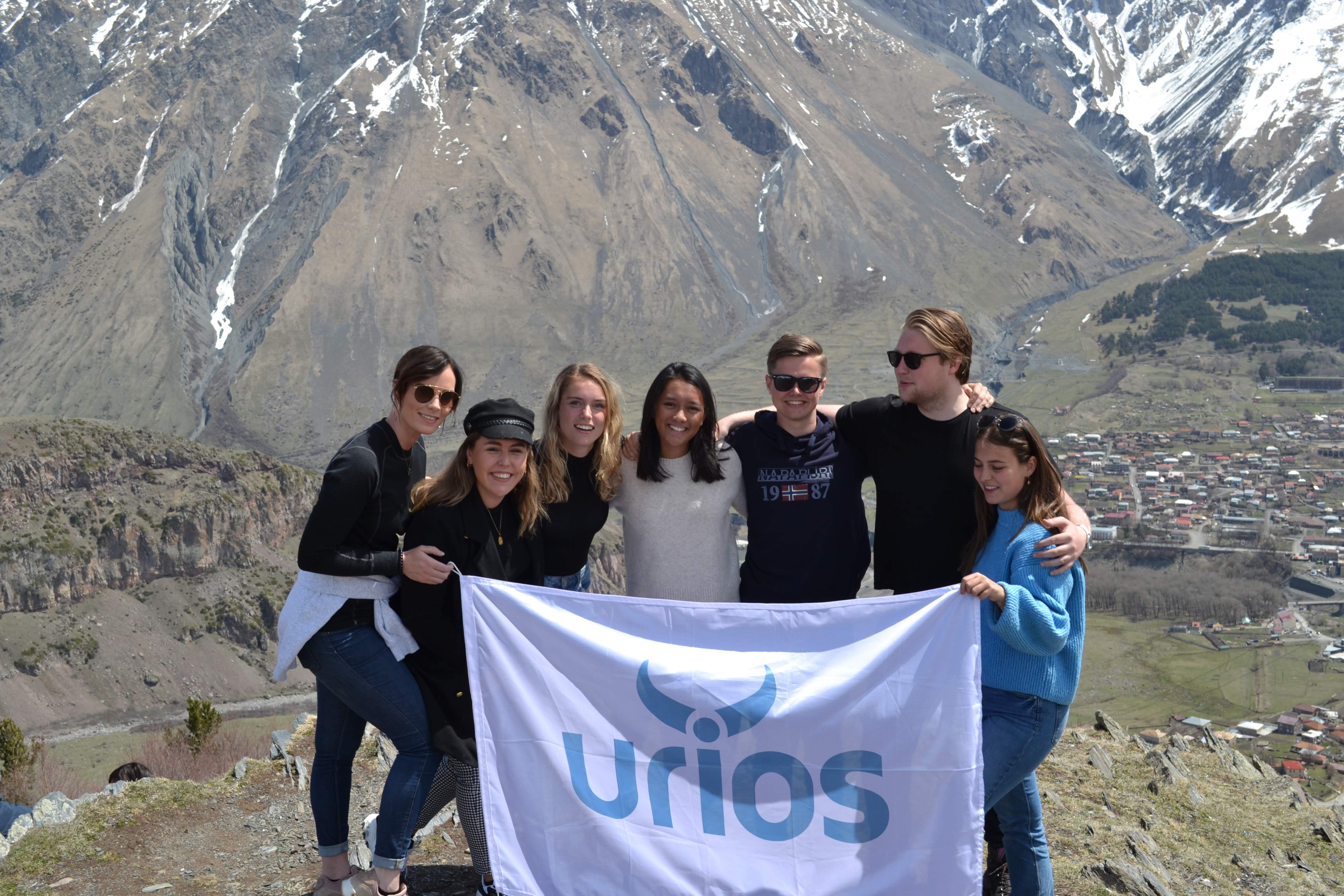 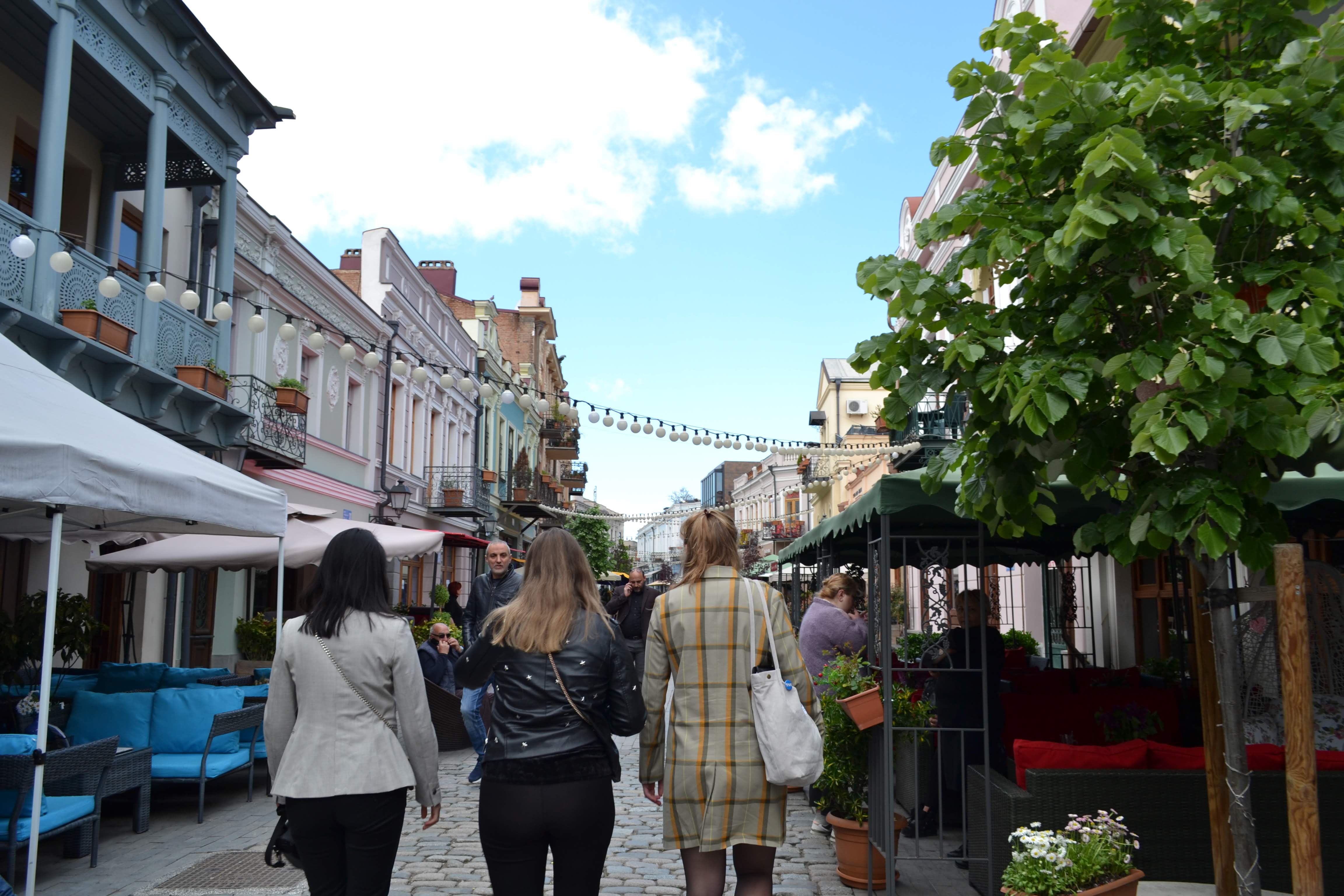 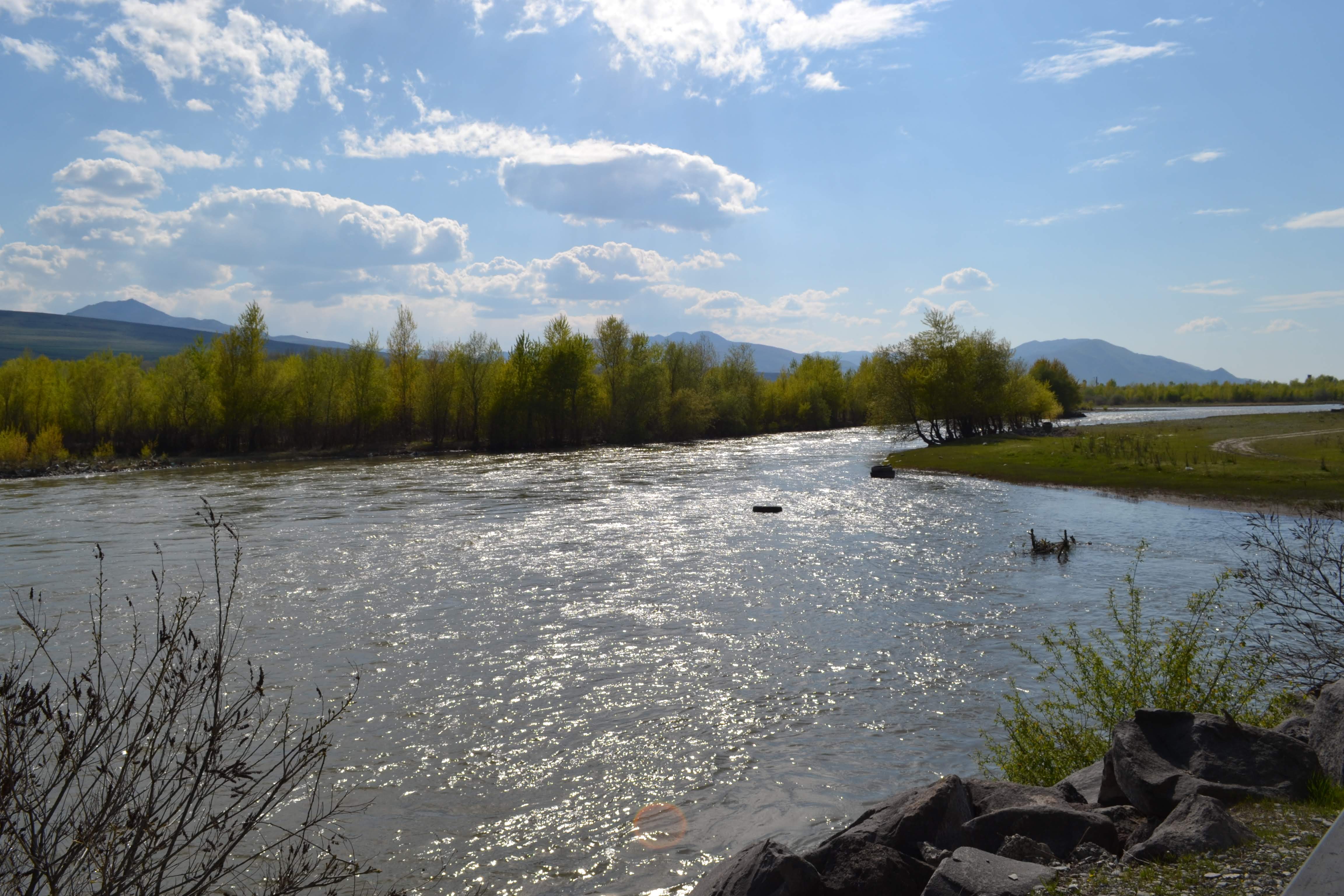