Targeted killing is being used as a way of warfare and counterterrorism by states. However, there is a debate going on about the legality of this weapon/means. On the 27th of December 2019 the Iranian general Soleimani was killed by the U.S.A. and this was a case of targeted killing. The kill in question was executed by an autonomous combat drone and caused a debate on the topic. In this webinar professor Terry Gill will discuss the legality of these kind of attacks and shed his light on the most important and/or controversial aspects.

Professor Terry Gill is the expert on this topic. He is Professor of Military Law at the University of Amsterdam and until 1 July 2019 also held the chair of military law at the Netherlands Defence Academy and was first Assistant and later Associate Professor of Public International Law at Utrecht University from July 1985 until February 2013. He is Director of the Research Program on the Law of Armed Conflict and Peace Operations at the Amsterdam Centre for International Law and of the Netherlands Research Forum on the Law of Armed Conflict and Peace Operations (LACPO). He represents the University of Amsterdam in the Asser IHCL Platform, and is author of numerous other publications on the use of force, humanitarian law and military operational law. If there is someone who can teach us about targeted killings, it is Terry Gill.

Interested in learning more about this topic? Join us on the 15th of June at 4PM as we discuss the topic with Mr. Gill by registering below. We look forward to your participation! 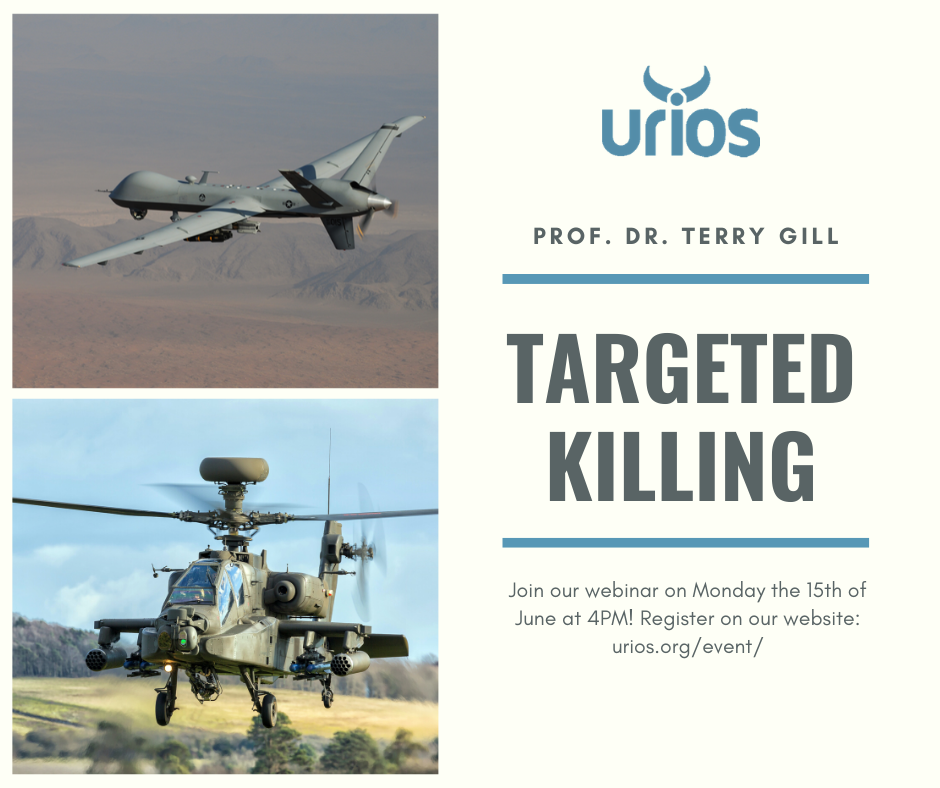 NOTE: By registering for this event you agree to be (digitally) present during the webinar. You agree that it is only possible to cancel in case of unforeseen circumstances and only before the 12th of June at 12 PM. If you are not present or cancel after the cancellation deadline you will have to pay the cancellation fee of €5,-.