We are excited to announce the theme of our Lustrum Symposium: The Democratic Legitimacy of the European Union!

The democratic legitimacy, or lack thereof, of European Union institutions has been a topic of debate for many years. An Eurobarometer report from 2018 shows that on average 49% of Europeans are satisfied with the democratic legitimacy of the EU. We are all very aware of eurosceptici and nationalist or protectionist sentiments, however these ideals never materialized all that much until the Brexit referendum. In the Netherlands the debate has recently been revived by an item on the Dutch televisionshow Zondag met Lubach, criticizing the disconnection between European citizens and European politics. He blames this on the lack of one lingua franca in the European Parliament and the lack of the press and media coverage of EU politics.

Our first speaker for the night will be Dr. Ben Crum! Dr. Ben Crum will present the dynamics between international integration and democracy, focussing on the Conference on the Future of Europe. Dr. Crum is Professor of Political Science at the Vrije Universiteit Amsterdam. He is also the Scientific Director of the VU School of Governance. Crum studied political science at the University of Amsterdam and the London School of Economics, and holds a PhD from the European University Institute Florence. His research focusses on the way processes of internationalization affect established practices and understandings of democracy and solidarity, he also has publications on the EU constitutional treaty.

Thereafter, Dr. Nicoli will shed light on the concept of functional legitimacy and on the legitimacy trilemma the European Union encounters in its governance. Dr. Nicoli is a Lecturer in Political Economy and Postdoctoral Fellow at the University of Amsterdam and Professor of Economic Governance at Ghent University. He is an expert in international economics with in-depth knowledge of European integration. He obtained his PhD in Political Economy at the University of Trento and before returning to academia, he worked for the EU-focused think-tanks Bruegel, CEPS (Centre for European Policy Studies) and at the European Policy Centre.

Last but not least, Leverne Nijman will tell us more about her work as Dutch Youth Representative European Affairs. She will explain how she connects young people and policy makers. She will also dive deeper into the ways she strengthens her democratic legitimacy when she represents young people in decision-making processes. Ms. Nijman has a background in Law at Utrecht University. Furthermore she will moderate the discussion to conclude our event.

Our Lustrum Symposium will take place online, on Thursday the 6th of April! The event will be held on Zoom and starts at 19:30 (7:30 PM). To receive the Zoom link to the event, please use the following sign-up form: https//forms.gle/c3UcMPS4a4GKqJg97 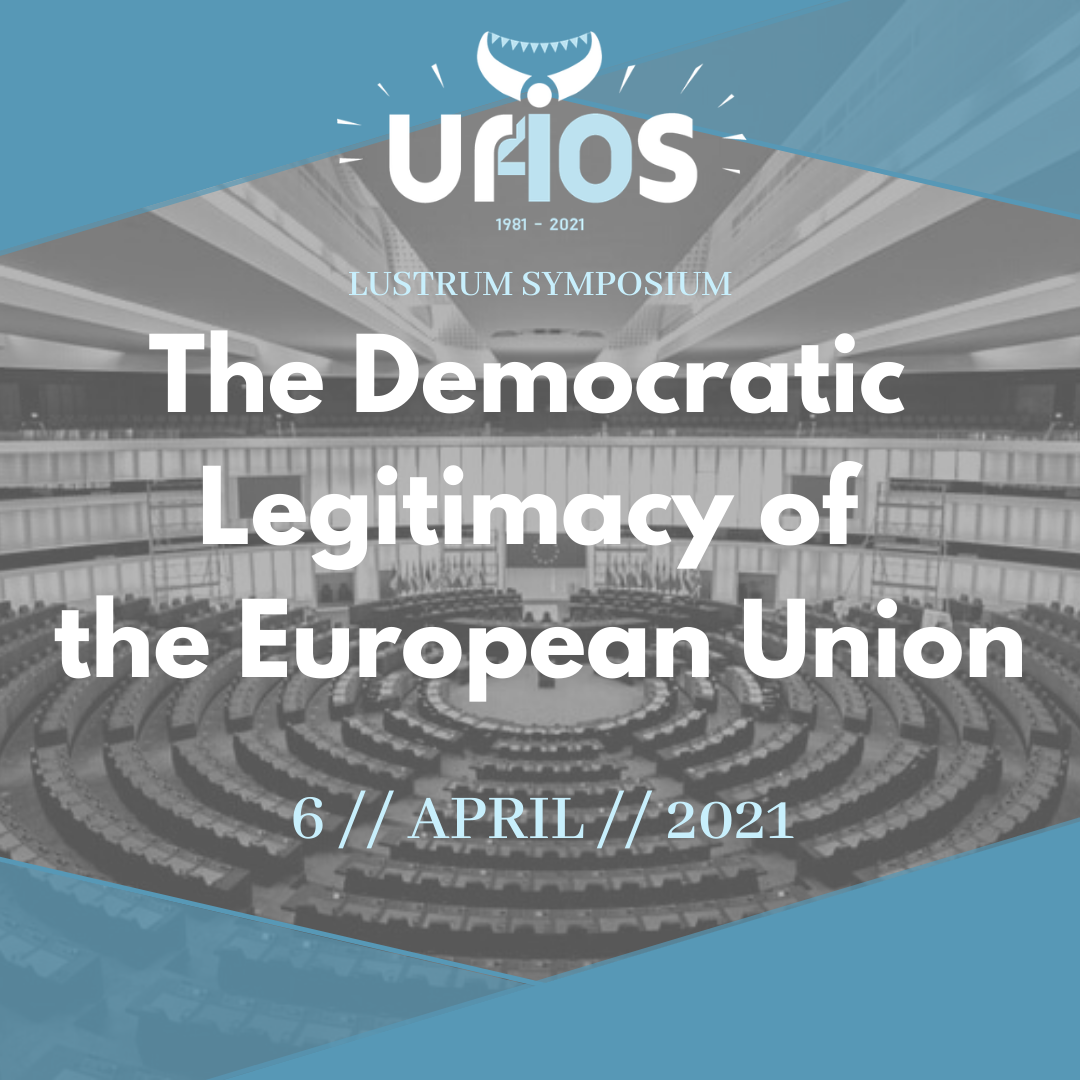