Srebrenica Genocide – Is justice being served?

Yugoslavia, a melting pot of cultures, where different nationalities, ethnicities and religious groups managed to coexist peacefully, dissolved in 1991. The aftermath of the dissolution was predictable, as nations declared their independence and created new individual states. However, the demand for sovereignty was costly and resulted in the unpredictable: the Yugoslav Wars. The year of 1995 was especially significant as the city of Srebrenica experienced the worst mass atrocity Europe had seen since Second World War.

The Srebrenica Genocide had huge implications for International law, transitional justice and created the legal system as we know it today.

This genocide and its legacy is especially relevant today as Russia and Ukraine continue to battle, and ethnic tensions rise in Balkan Peninsula with Srebrenica once again as the apple of discord.

To understand the legacy of the conflict, please join Urios on the 31st of January in Janskerkhof 2-3 – 019 at 7 PM, where experts on International Law and political activists will discuss Srebrenica and spread knowledge necessary to understand Europe today. 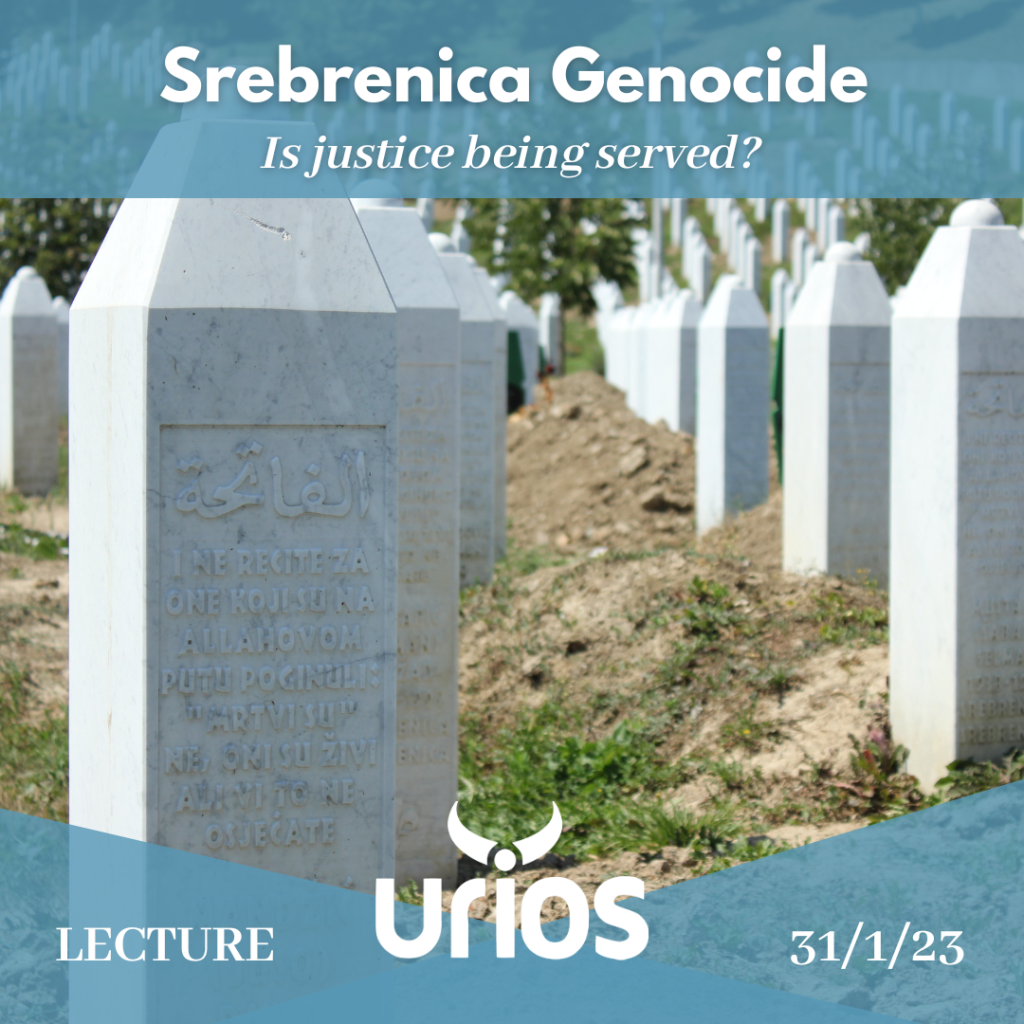